Photo courtesy of The Dill Pickle

Food cooperatives are enjoying a bit of a resurgence in the Chicago area because many of us are fed up with unhealthy and non-local food options, E. coli and salmonella scares, corporate greed, GMOs and environmental destruction. A food cooperative, or co-op, buys and sells products or services like any other grocery store. The difference is that a co-op is owned and governed by its members, the people who use it that in many cases become owners with a voice in how the co-op operates. In some cases, if profits are realized, they are reinvested in the co-op or distributed to its members. This arrangement also is unlike a CSA (community supported agriculture) or buying club in the sense that the owners have a real say in what products it chooses to offer.

Chicago Cooperative (currently planned for the north side) is one of at least seven grocery food co-ops starting up in Illinois. Others include Lombard’s Prairie Food Coop (PrairieFood.coop), Bloomington-Normal’s Green Top (GreenTopGrocery.com), Batavia’s Green Tomato (TheGreenTomato.Weebly.com) and others forming in Rogers Park and Elgin.

Dan Nordley, executive director of the Minneapolis-based Cooperative Grocer Network, is definitely noticing an uptick in food cooperatives being planned and is encouraged by the

Photo by Susanne Fairfax Media for Sugar Beet Co-op
action both in the Chicagoland area and across the country. He calls it the “third wave.” The first wave occurred early in the last century, due to certain economic conditions, he says. The second wave started in the 1970s as part of the counterculture movement, but by the 80s, says Nordley, its energy started to wane and only the strongest co-ops with solid business structures survived.

“People really want community-owned enterprises right now,” Nordley adds. “They’ve had enough food scares and don’t want to continue dealing with corporate shenanigans. Food co-ops are trusted. They vet a lot of their sources. They offer their members a sustainable grocery basket. They operate under a set of seven principles which reinforce their values.”

Cooperatives are democratically owned enterprises that exist in nearly all countries of the world and in all sectors of economic activity. The Cooperative Grocer Network lists the seven principles most co-ops operate under, as adopted by the International Cooperative Alliance in 1995:
1. Voluntary and open membership
2. Democratic member control
3. Member economic participation
4. Autonomy and independence
5. Education, training and information
6. Cooperation among cooperatives
7. Concern for community

Chicago is in dire need of more co-ops. Hyde Park Food Co-op, one of the originals since it opened in 1932 as a neighborhood buying club, recently closed, leaving just The Dill Pickle at 3039 West Fullerton Avenue, in Chicago’s Logan Square, as our city’s only food co-op option. The only similar model is Edible Alchemy Foods Co-op (EdibleAlchemyFoods.com, 773-467-7891), located within Eco (EcoRoofTop.org), in Chicago’s Pilsen neighborhood, that operates as a bulk food buying club, rather than a traditional food co-op.

Dietrich and Andrea Mattson-McGaffey, co-founders and co-operators, launched Edible Alchemy with a group of like-minded community members on a shoestring budget in 2009 because they felt strongly that healthy food should be available to anyone, not just those that could afford to shop at big name organic grocery stores.

“Our primary goal is access,” says McGaffey, who offers a no-obligation program (meaning you buy as you go, when you need to) and now counts a membership of 500, for which it distributes about 40 shares a week at six drop-off points throughout the city, including Hyde Park and Wicker Park. The food they source for their shares is from local farmers. This summer the co-op hopes to offer a 100 percent Chicago grown share, too, because there are so many places in Chicago that now grow produce and fruit.

“People are attracted to sourcing food for themselves and their families that comes from local farmers and are organic, sustainable and natural,” says Brendon Smith, director of communications for Willy Street Co-op (WillyStreet.coop), in Wisconsin. “It’s becoming more mainstream for people to demand accountability for their food, and that has actually helped us grow.” Willy Street Co-op currently has two locations and is often called upon to help share its best practices with other co-ops in the development stage. Photo courtesy of The Dill PIckle

Lisa Junkin believes The Dill Pickle (DillPickle.coop, 773-252-2667) serves its more than 1,500 member-owners with more than just food and toiletries: it provides an important sense of community. Junkin, president of their board of directors, says their co-op is expanding because of demand. “The Dill Pickle is unlike any other grocery store in Chicago,” she explains. “When people walk in here, they immediately notice the difference. We’re friendly. We connect with customers. We exist to connect our community with natural foods produced locally.”

The Dill Pickle publishes a popular quarterly newsletter, The Brine, which includes information about co-op news, new products and recipes. “The Brine is an important reminder to our member-owners that we’re more than just a place for them to get their eggs,” adds Junkin. “It’s another expression of their values, a way for us to connect with farmers and other members of our community.”

Local resident Grant Kessler and his cross-neighborhood steering committee are working toward building Chicago Cooperative (Chicago.coop), the brainchild of Greg Berlowitz. Unlike some people that grew up with a food co-op in their lives, especially in areas where

Cheryl Muñoz ~ Photo by Susanne Fairfax Media for Sugar Beet Co-op
they are part of the daily culture, like Portland, Oregon, or Burlington, Vermont, Kessler learned about them through his interest in local, organic and farm-grown food, as well as the food distribution system.

It appears his neighbors might be interested in the same thing. Once Berlowitz put out feelers for the food co-op via social media and at the annual Good Food Festival last March, more than 135 people showed up for the kickoff meeting to gauge interest. Typically, food co-ops can take from three to five years from concept to doors open. Kessler says they are on an aggressive timeline to try and open closer to the three-year mark, and if the level of momentum and interest continues at its current pace, he says they’ll likely hit their mark.

Cheryl Muñoz, co-founder and programming director of The Sugar Beet Cooperative (SugarBeetCoop.com, 773-988-6205), is thrilled that her co-op will be opening up in Oak Park this year, but like Junkin at The Dill Pickle, notes that they aren’t just working to build a co-op; they are also building a nonprofit organization that serves to educate and inspire the community to eat healthy, local foods. “The Sugar Beet Cooperative is also committed to connecting people with the land, their farmers and our local producers, so that we can grow and sustain our local foodshed,” says Muñoz. “We organize many events, from cooking classes and workshops to an edible garden tour (July 27) and farm tours that both create community and real connections to each other and our food system.”

As exciting as starting the co-op is to Muñoz and her team, she realizes her biggest challenge is educating people about what a food co-op is. “Because there is only one food co-op in Chicago, we are finding that many people don’t know that a food co-op is a full-service grocery store, rather than a CSA or a buying club,” adds Muñoz. “Our job is to get people excited about the many benefits of having a food co-op in our community. From keeping dollars local to providing new markets for small farmers, food co-ops are a solution.”

For those that wonder if they need a food co-op in addition to getting their CSAs and shopping at a farmers’ market, Kessler says, “Absolutely. We want the Chicago Cooperative to be one-stop shopping where you can buy your groceries and kitchen cleaning supplies,” she says. “It will be like a CSA in that you’ll have in-season produce, but unlike a CSA, you’ll have access to produce from several different local farmers. Also, not everyone is near a farmers’ market, and we will be open year-round. We’re hoping we can even work more closely with farmers to have them grow some more winter crops for us. There is room for everyone.”

Having access to a place where they can source good, local food all year-round is important to people like Muñoz and Kessler, but just as important is that members are owners, too. “They have a vote on the board, have a guiding voice in the business of the co-op and can potentially receive dividends when the co-op turns a profit,” says Muñoz.

Photo by Susanne Fairfax Media for Sugar Beet Co-op
Finding a local food co-op in the formation stage isn’t easy right now because there is no clearinghouse. Most organization is done simply because one person had an idea and shared it with friends and family. Then it takes someone to assume leadership and organize a committee to move things along. In the future, Nordley hopes to have a section on the Cooperative Grocer Network website (CooperativeGrocer.coop), which is a good starting point where those in the beginning stages can list their co-op so others can get involved. In the meantime, Kessler recommends becoming active in the local food movement by visiting farmers’ markets and asking the sellers if they know of any co-ops being planned nearby or inquiring with food co-ops in neighboring cities.

“It’s conscious capitalism,” says Kessler. “We’re talking about things like what kind of food do we want to eat, how will we treat our employees, our farmers? What do we as a group value? These are questions we as co-op members are asking ourselves. And we get to decide.”

UPCOMING EVENTS
The Sugar Beet is hosting an Edible Garden Tour on July 27, where guests are invited to peek into their neighbors’ edible gardens, learn more about urban agriculture and get questions answered by master gardeners about organic gardening, raised beds and successive planting. Cycling from garden-to-garden is encouraged, and kids are welcome to join in. Cost is $12 per person; $10 for co-op members and kids 12 and younger are free. For more information, visit SugarBeetCoop.com. 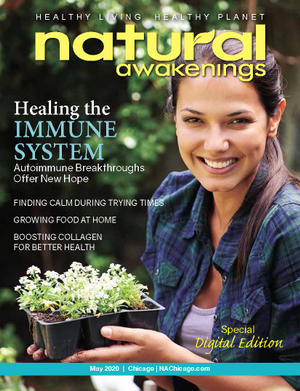