Simon Tolzmann loves birds, but when he learned about the Chicago City Nature Challenge, he learned to love all of nature. “In the past few years in the Chicago area, I have made just over 8,000 observations of 1,543 species just in Cook County, including plants, birds, fungi and butterflies,” says Tolzmann, a 16-year-old student at Amundsen High School, in Chicago. “One highlight was finding 87 individual salamanders of four different species. That was amazing.” His story is being told by many that have participated in the City Nature Challenge, held annually and internationally, including in the Chicago region.

For four days, usually at the end of April or beginning of May, anyone interested can post their sightings of wildlife within a certain city region on iNaturalist.org. Photos are encouraged. Every species, including the most common, such as dandelions and squirrels, can be documented. The first City Nature Challenge started in 2016 as a competition between Los Angeles and San Francisco. Chicago joined in 2017 and has participated ever since.

“It’s not really a competition, but a way to get people outside in their own neighborhoods and city parks to see what’s out there,” says Cassi Saari, project manager of natural areas for the Chicago Park District. Saari is managing this year’s City Nature Challenge in Chicago, which takes place from April 30 through May 3 in Cook, DuPage, Grundy, Lake, Kane, Kankakee, Kendall, McHenry and Will counties in Illinois; Newton and Porter counties in Indiana, and Kenosha and Jasper counties in Wisconsin. 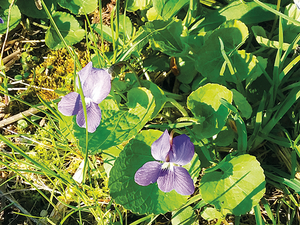 Last year, 607 observers documented 806 species, including golden-eye lichen, muskrat, eastern chipmunk, American robin, red oak, painted turtle, mourning cloak butterfly, flamed tiger snail, common dandelion and myriad other common to rare plants and animals in the Chicago metropolitan region. Because the event only lasts a few days, these observations are just a snapshot of what can be seen in the region in early spring and don’t include all species seen year-round, such as September-blooming flowers.

“You don’t have to be good at identification at all. You can take a picture of what you see and other people can help,” Saari explains. “It’s one of the coolest things about this project. With a lot of eyes on the ground, people are discovering what’s living and growing in our neighborhoods and parks.

“One of the main goals is encouraging people to get out and explore urban nature,” she notes. “It sounds like an oxymoron, but the Chicago urban area has a huge diversity of plants and animals.” That’s because the region encompasses merging habitats such as the edge of the boreal zone, prairie, eastern forest and lake shoreline—all attracting different species.

“This year, we’re trying to make it more official and bigger and have more collaborations between different organizations. Last year, 244 cities participated,” Saari says. “This year, we’re on track for more than 350 internationally, including New York City, Cape Town, in South Africa, and Chicago.”

Participants have made some fun discoveries the past few years. For example, Oak Park resident Eric Gyllenhaal found an uncommon species while participating in the city challenge. A Canadian expert helped him confirm the identification as a bronzed ground beetle native to Europe. “It’s an introduced species [in Illinois] and could have implications for wildlife in the region down the line,” Saari says.

It’s easy to view online what has been seen throughout the year on iNaturalist, as well as during the annual City Nature Challenge. Someone might discover that the two most common plants found in a recent Chicago challenge were the native spring beauty and the non-native garlic mustard. That doesn’t mean that these are the two most common plants in the Chicago region, but over the years, the information can be examined to see patterns. One recent juried scientific paper on urban wildlife gleaned from City Nature Challenge data concludes citizen science can be helpful in understanding urban wildlife diversity.

Erin Faulkner, who teaches chemistry and environmental science at Curie High School, in Chicago, used the iNaturalist app before the City Nature Challenge began and immediately joined when she learned about the event. Some of her rare plant finds include beech trees and a type of parasitic plant that lives on the root. She also added a new species to her bird list—a pine warbler at Egger’s Woods, in Chicago.

In her own Logan Square neighborhood, which contains a lot of concrete, Faulkner discovered an herb called Mexican tea used by local Latino families in their gardens. The herb has escaped out into the parkways in her neighborhood. “I think it’s important to learn as much as we can about our surroundings,” she says. “The challenge makes nature accessible to the lay person… It helps people to open their eyes and notice the little things around them.” 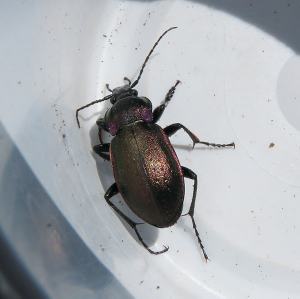 The first year he reported sightings for the City Nature Challenge, Simon Tolzmann, the 16-year old birder, focused only on birds. But after that, he spent hours outdoors taking pictures of all kinds of wildlife and purchased identification books on butterflies, amphibians and other flora and fauna. “This year for the City Nature Challenge, I plan to go out all four days it’s happening, trying to find as much as I can,” he says.

Tolzmann says people can participate even during the pandemic. “They can just report what’s in their neighborhood,” he says. “For example, just down the street from me, there’s this little area, a strip of land, and there are just all sorts of plants in there. These tiny little parks can be so amazing for birds in spring.”

Saari points out the City Nature Challenge shows that no matter a person’s level of nature knowledge, they can have fun exploring. “You can learn about the things you usually overlook,” she says. “It’s a personal learning challenge. From millipedes to warblers, it’s endless learning.”

To participate, visit any site within the defined Chicago metropolitan region from April 30 through May 3. Write down names or descriptions and take photos of wild plants and animals. Download photos and data on iNaturalist.org or the iNaturalist app. Results will be announced on May 10. 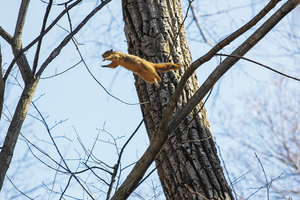 To learn more and view a webinar on participation in the event, visit ChicagoWilderness.org/page/citynaturechallenge.

Sheryl DeVore has written five books on science, health and nature, as well as nature, health and environment stories for national and regional publications. May is peak time for birdwatchers and nature lovers to hear and see about 30 species of warblers as they migrate through the Chicago region. Birdwatching is a fun, eco-friendly way to enjoy nature and get outside while staying at home. Read More »
In-Print, Green Living Nature wildlife Birds Natural Chicago April 2021 Simon Tolzmann Chicago City Nature Challenge Cassi Saari Erin Faulkner